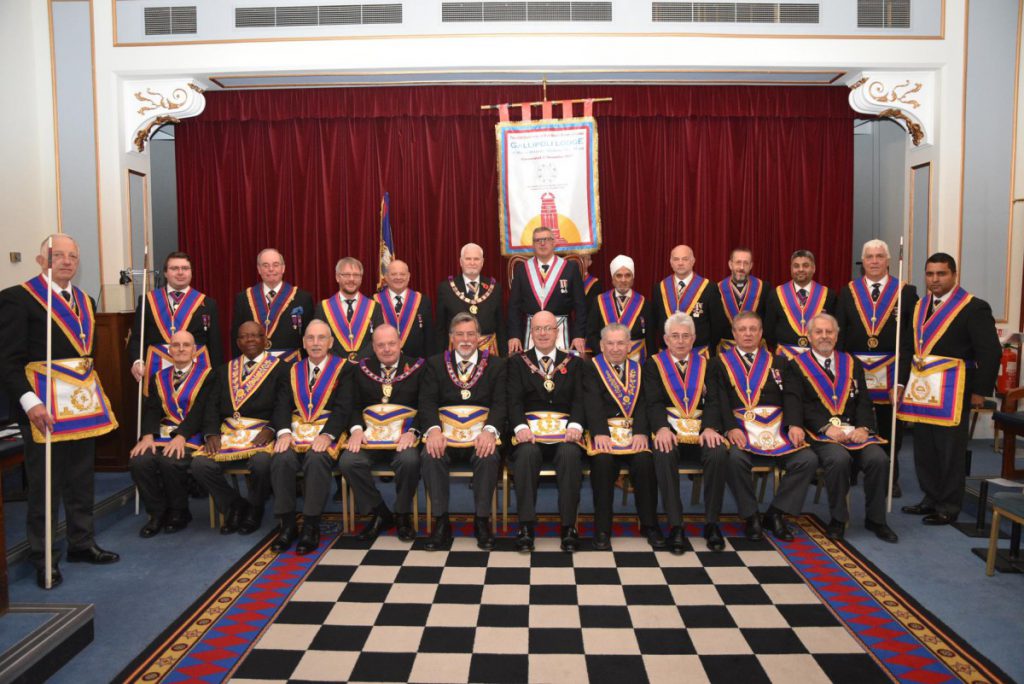 The Provincial Grand Master, Worshipful Master and member of the delegation 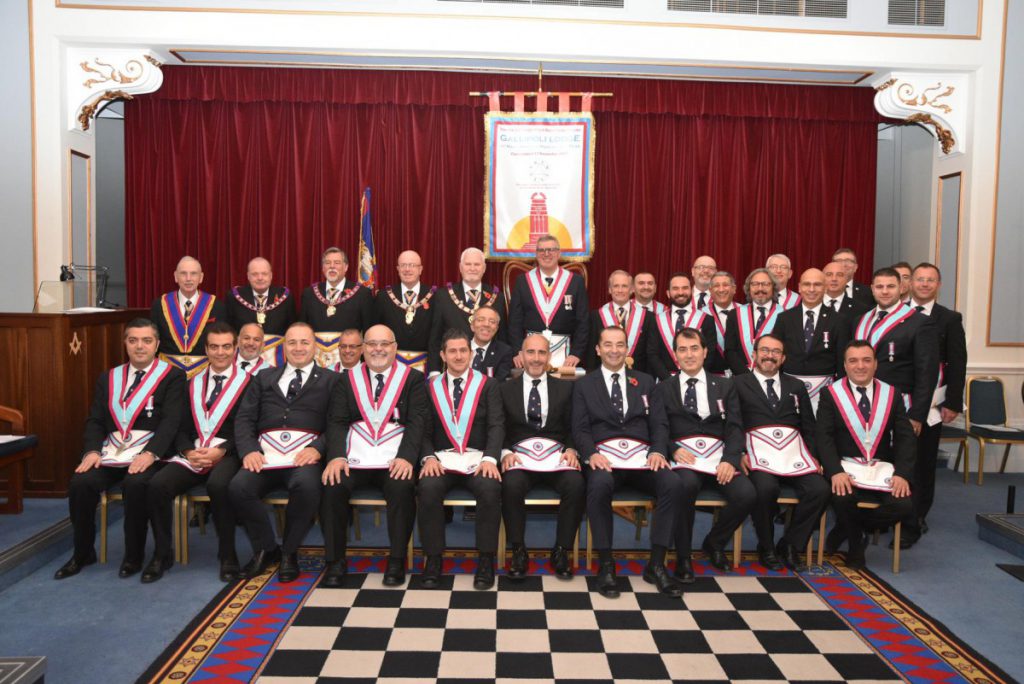 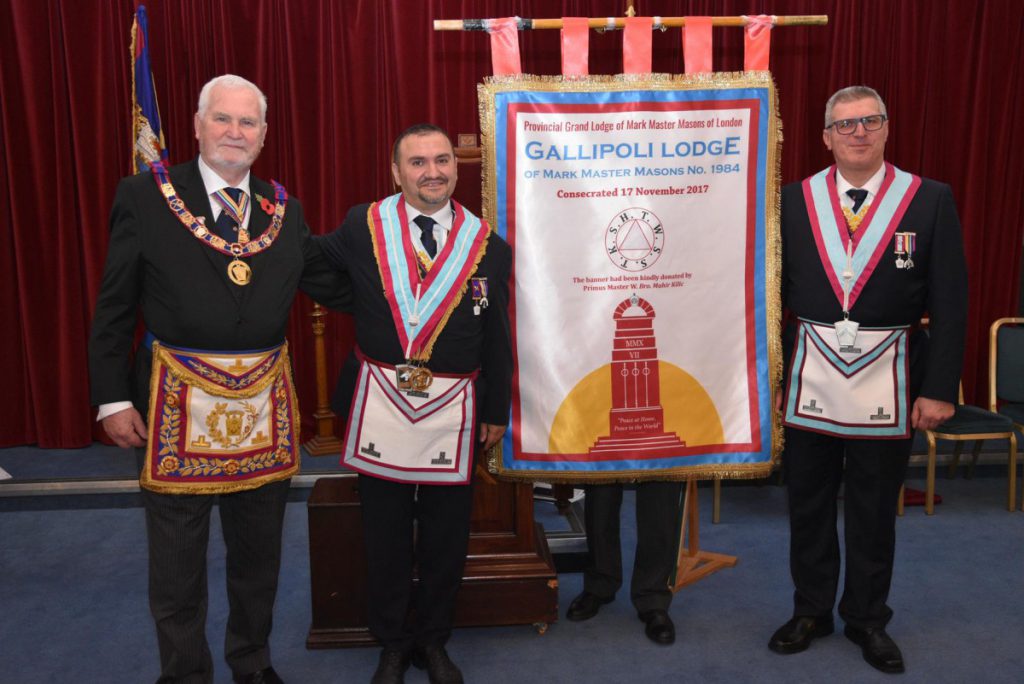 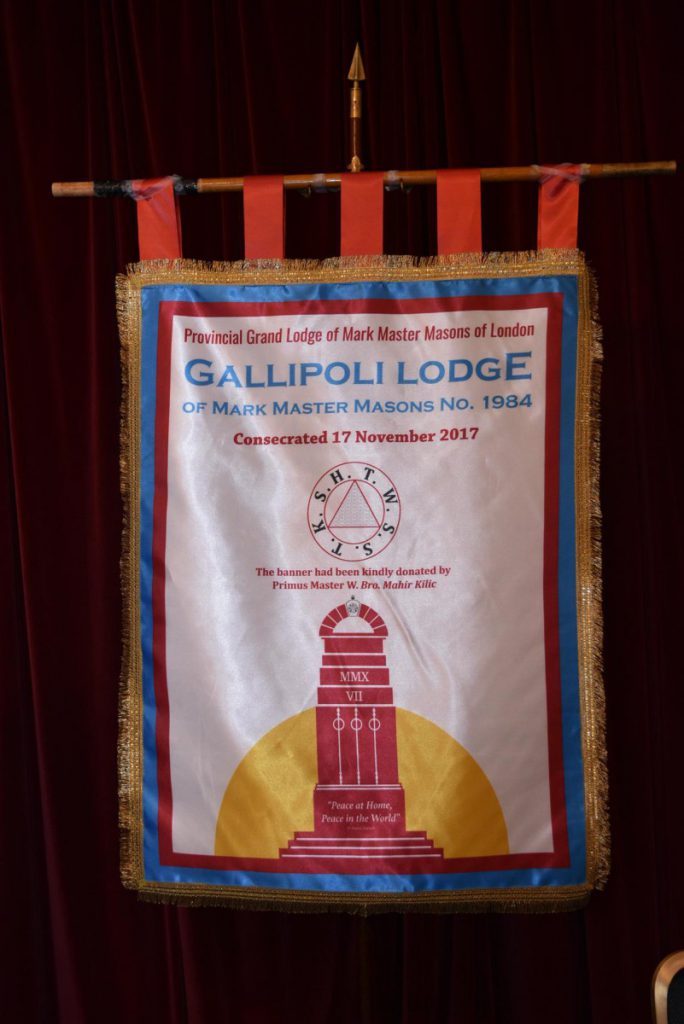 Details of the lodge banner 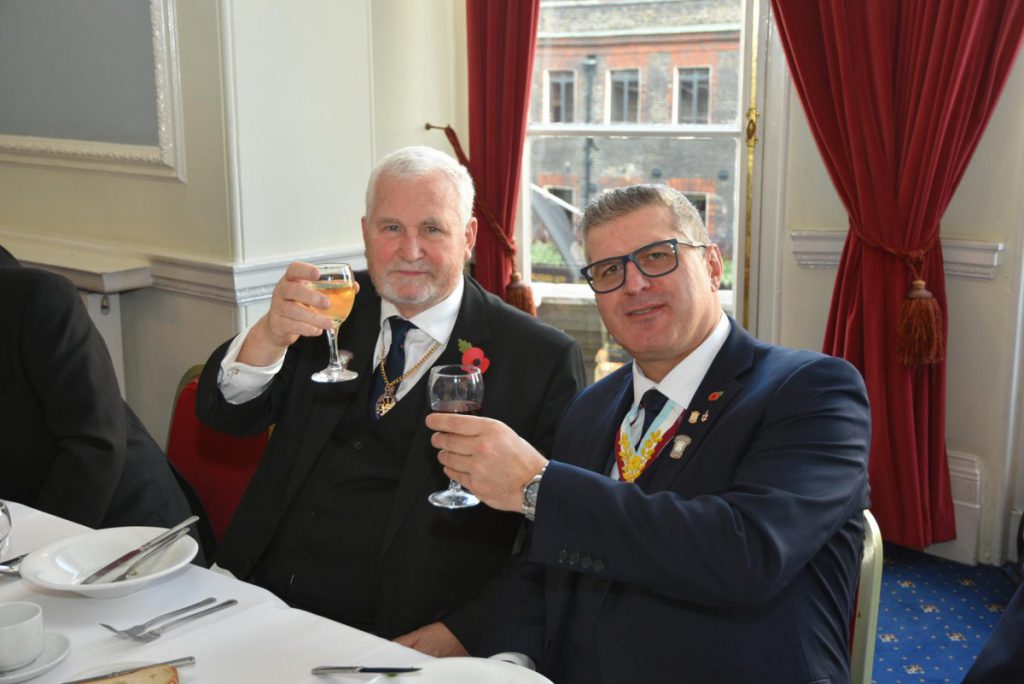 The newly installed Master with the Provincial Grand Master 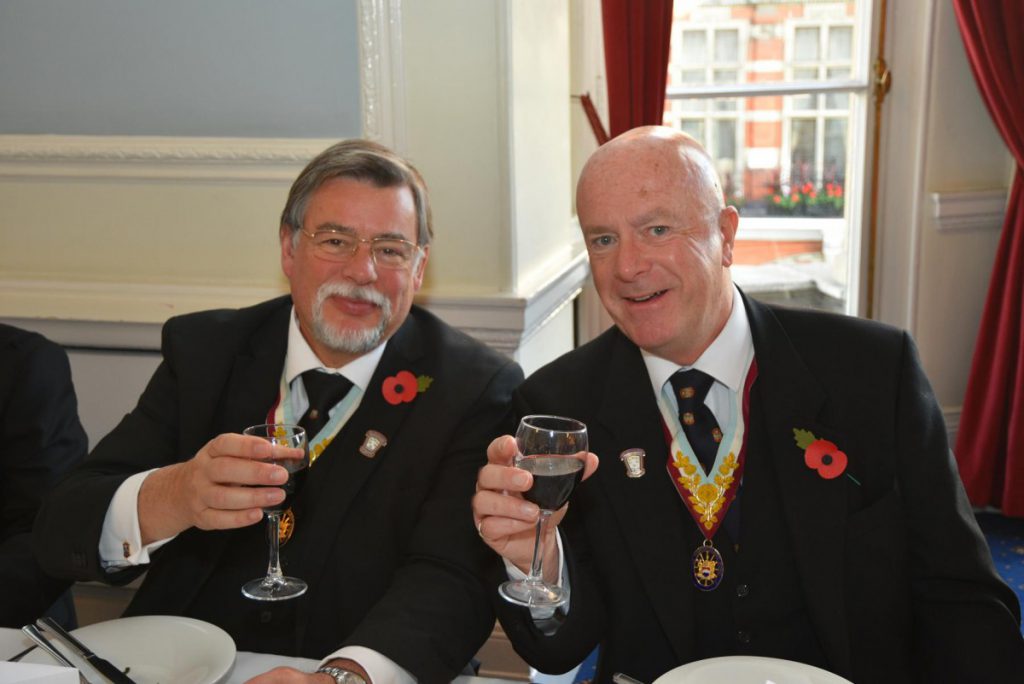 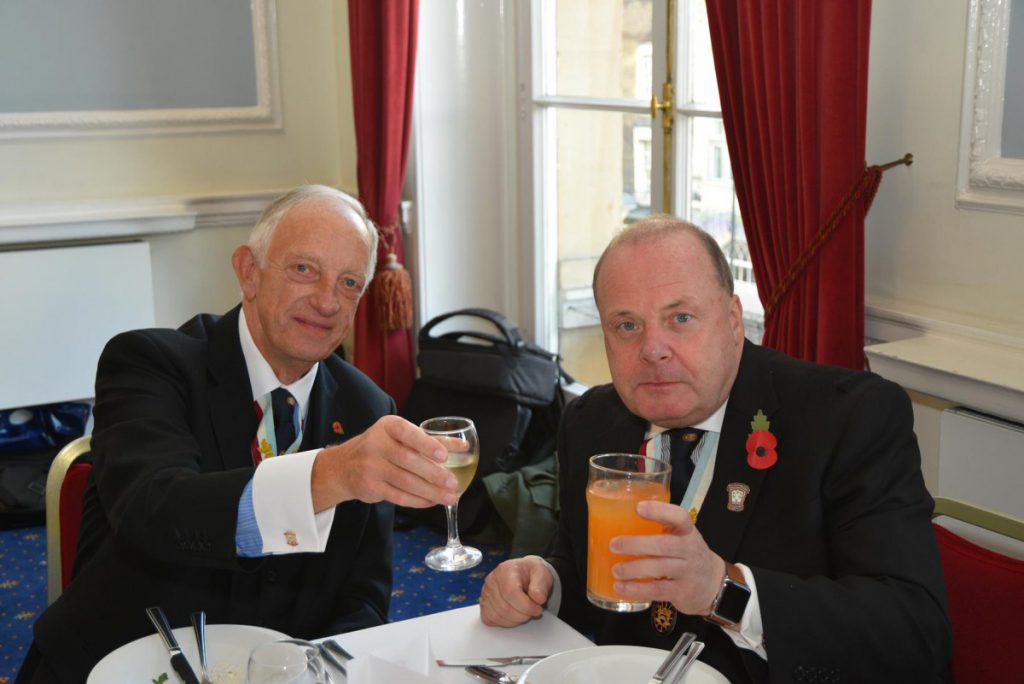 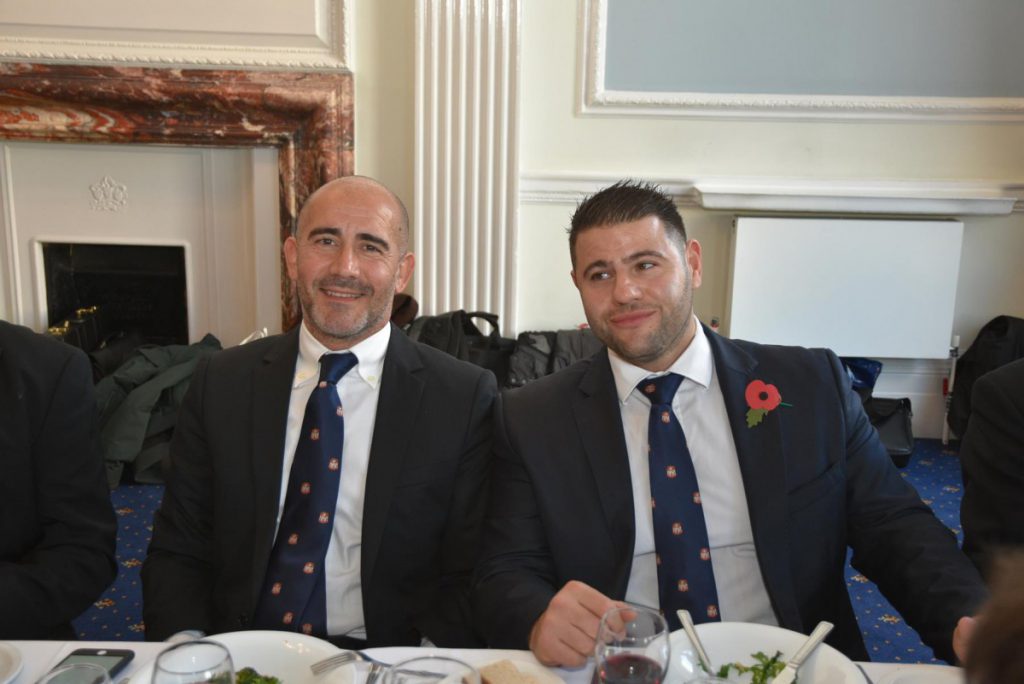 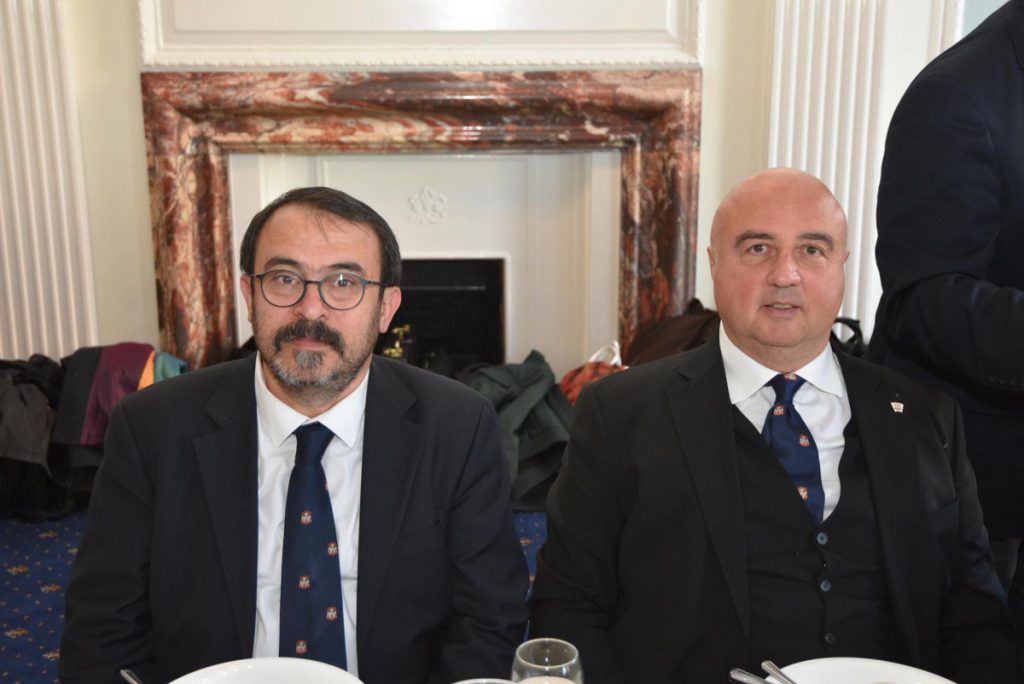 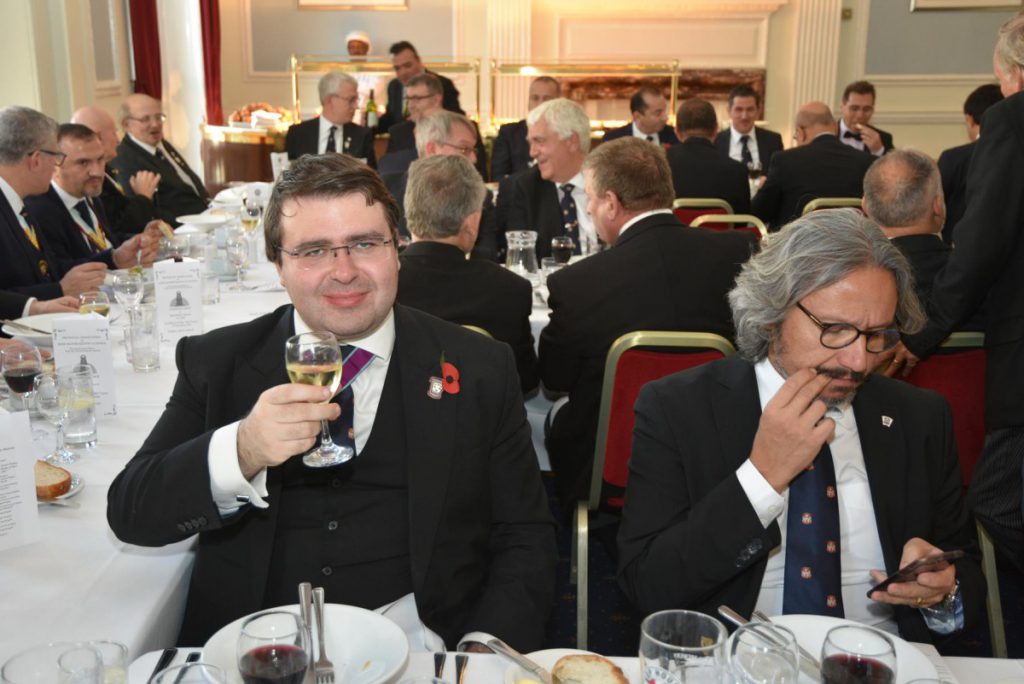 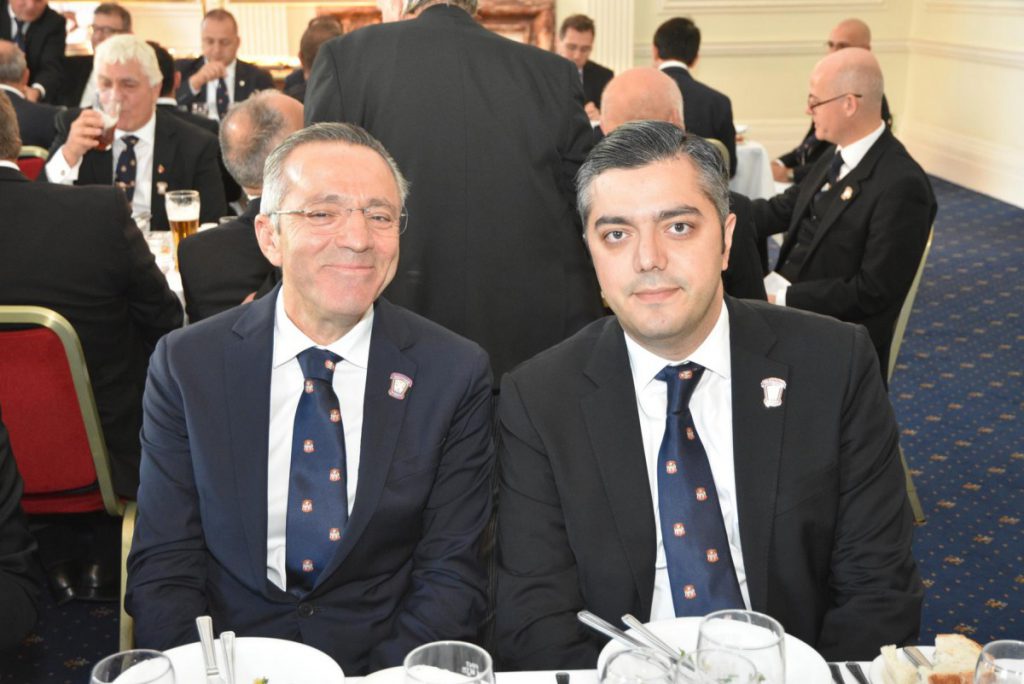 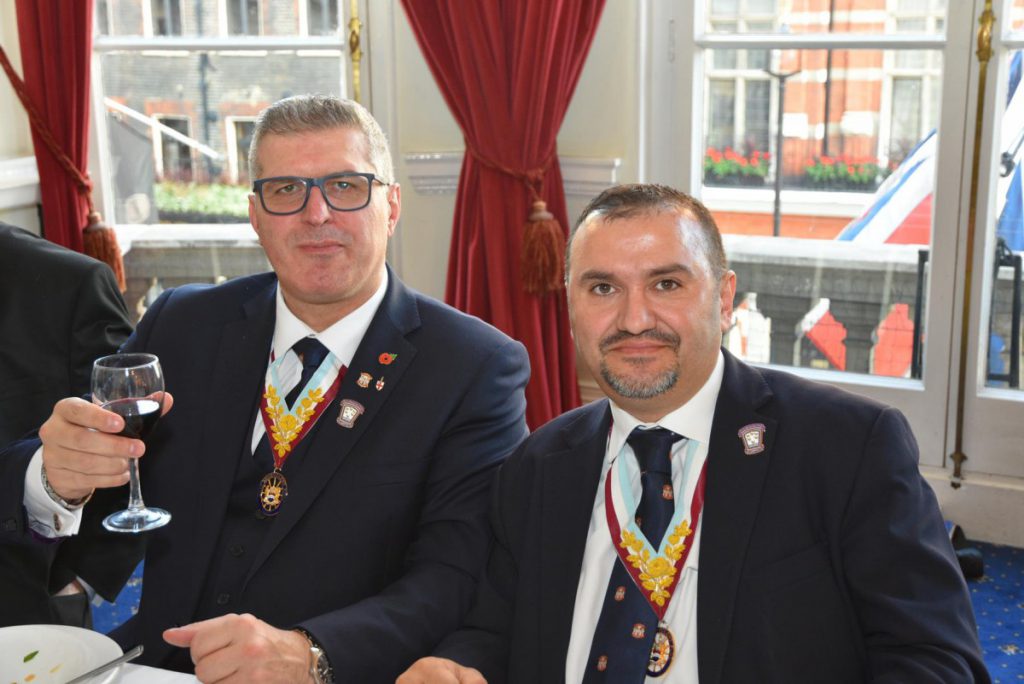 The Worshipful Master with the Primus Master 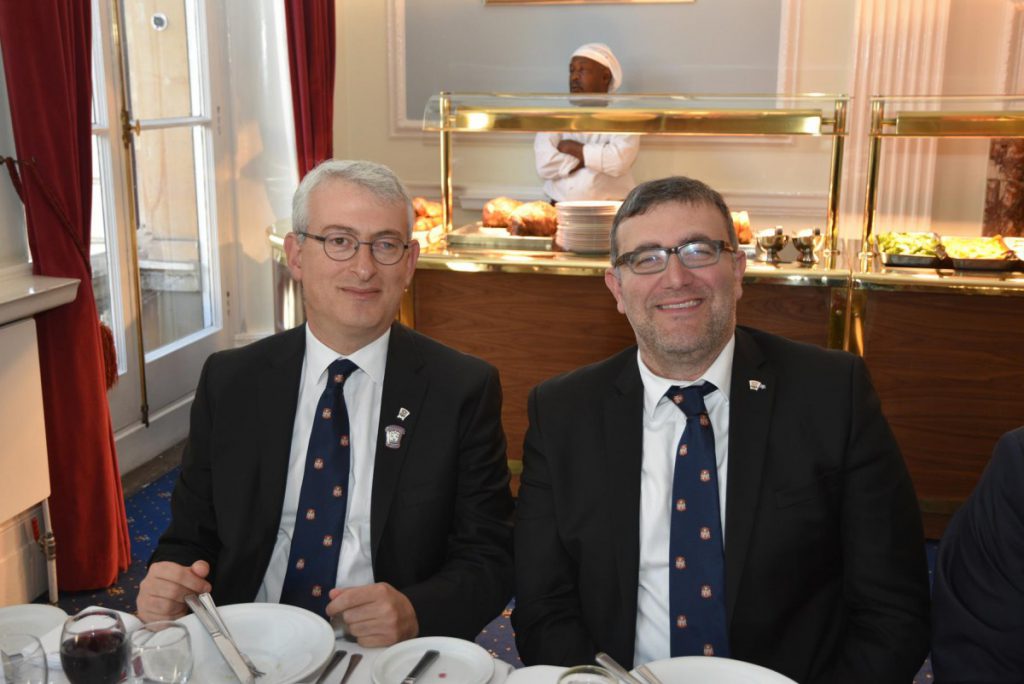 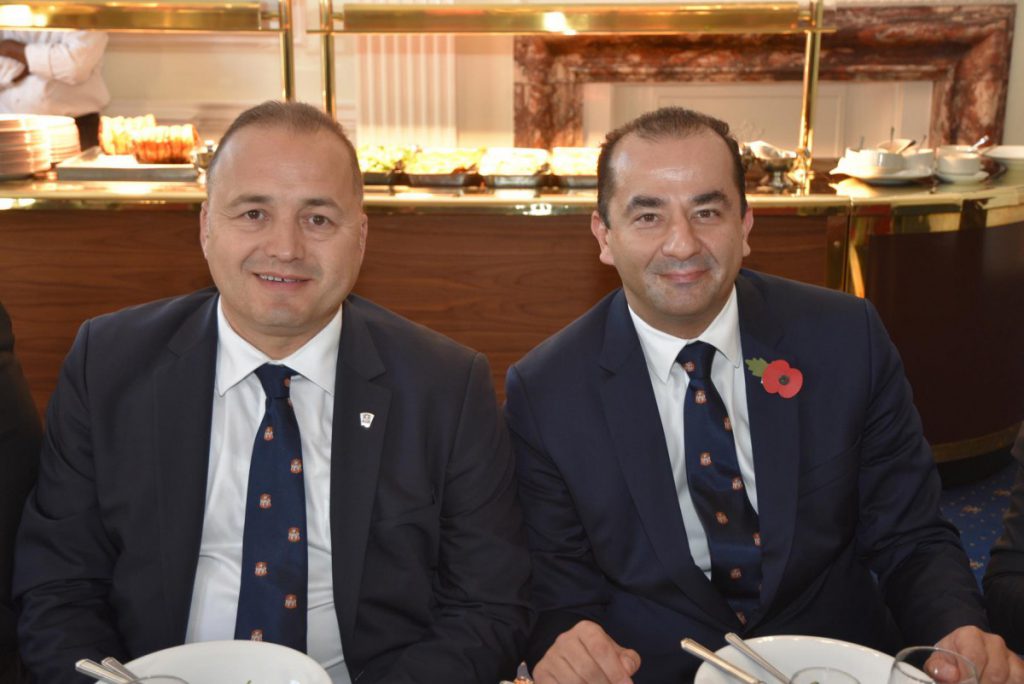 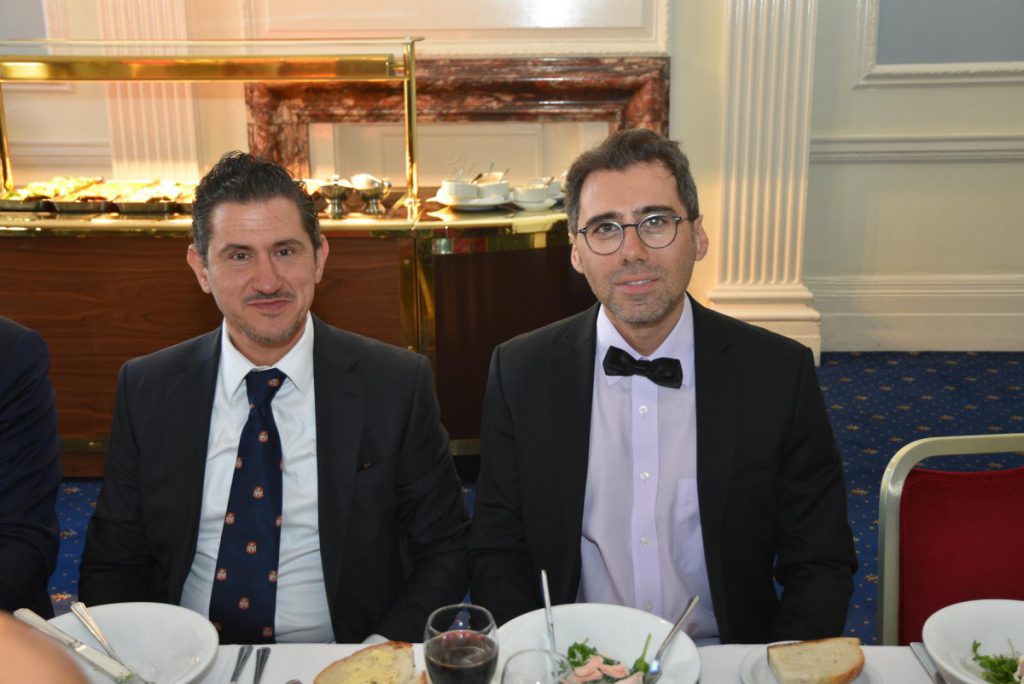 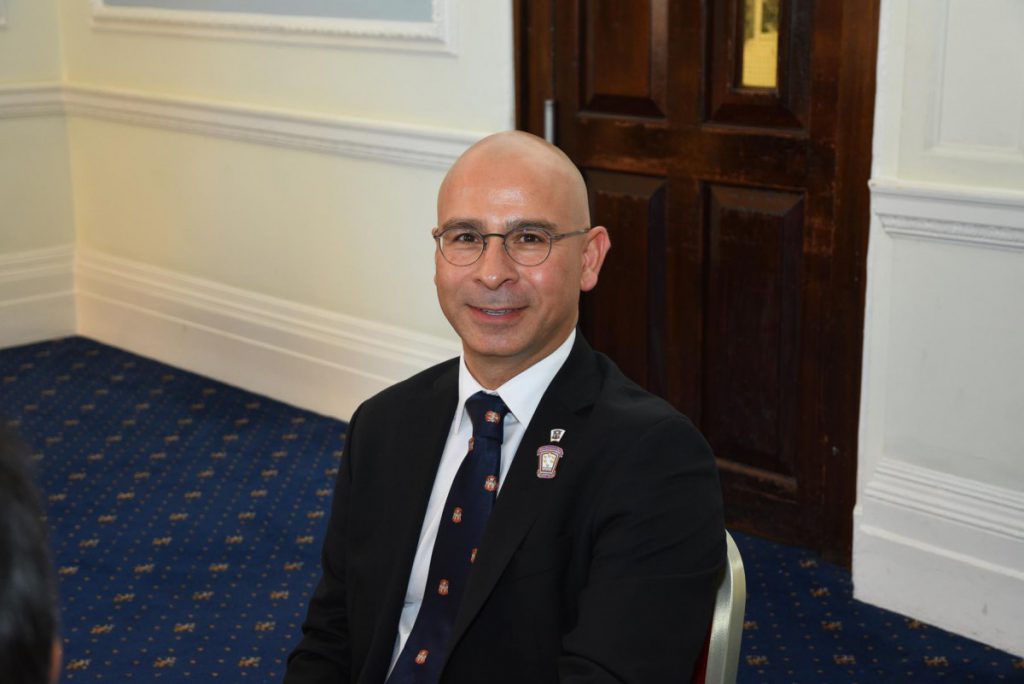 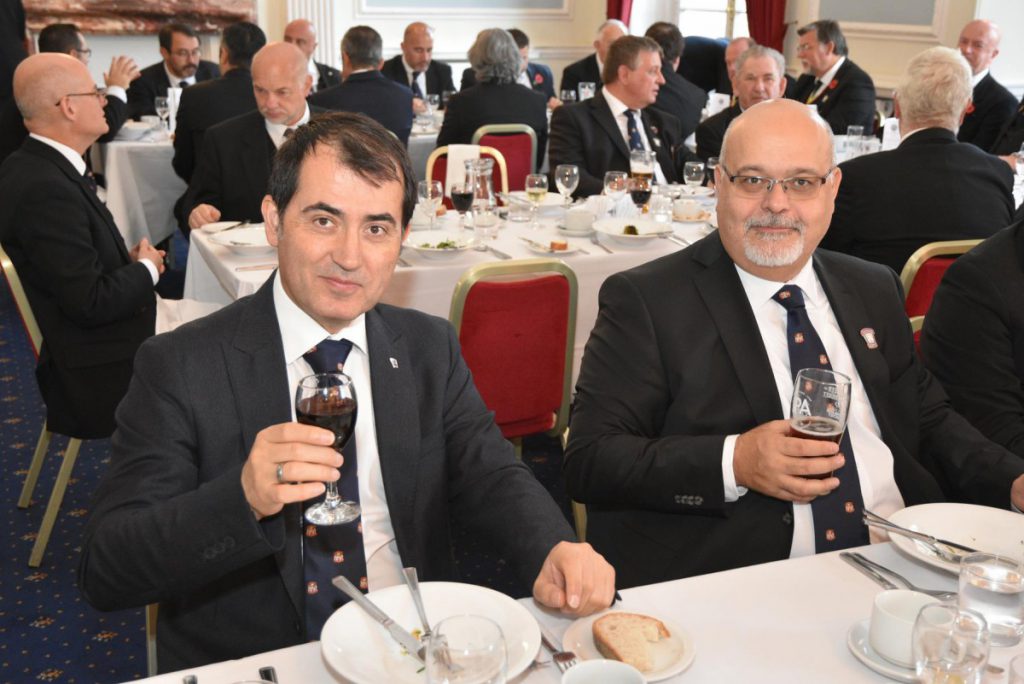 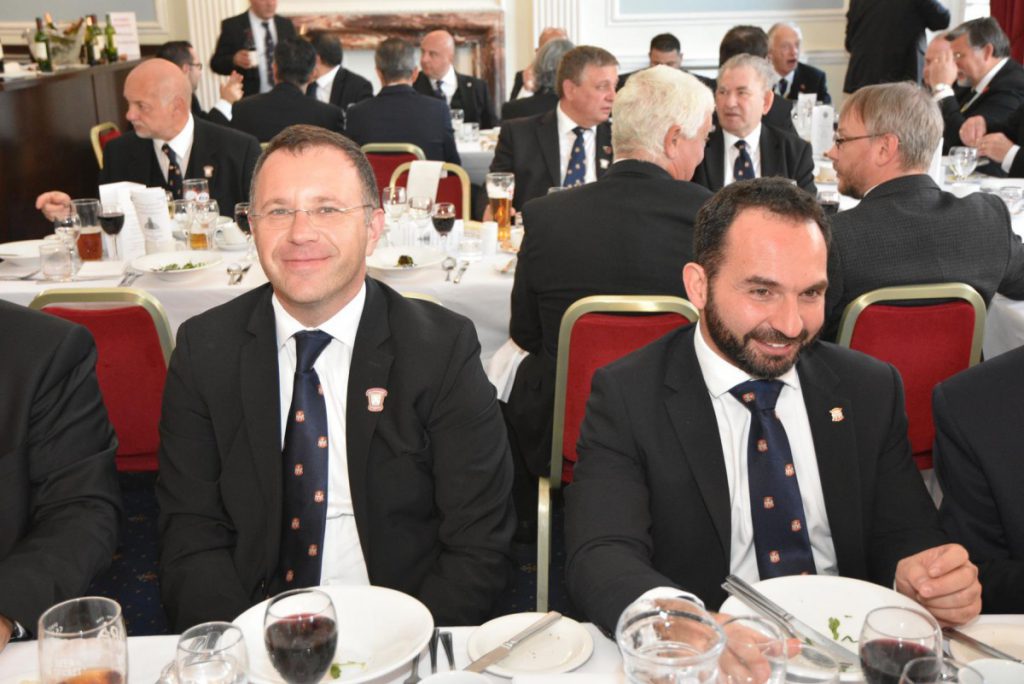 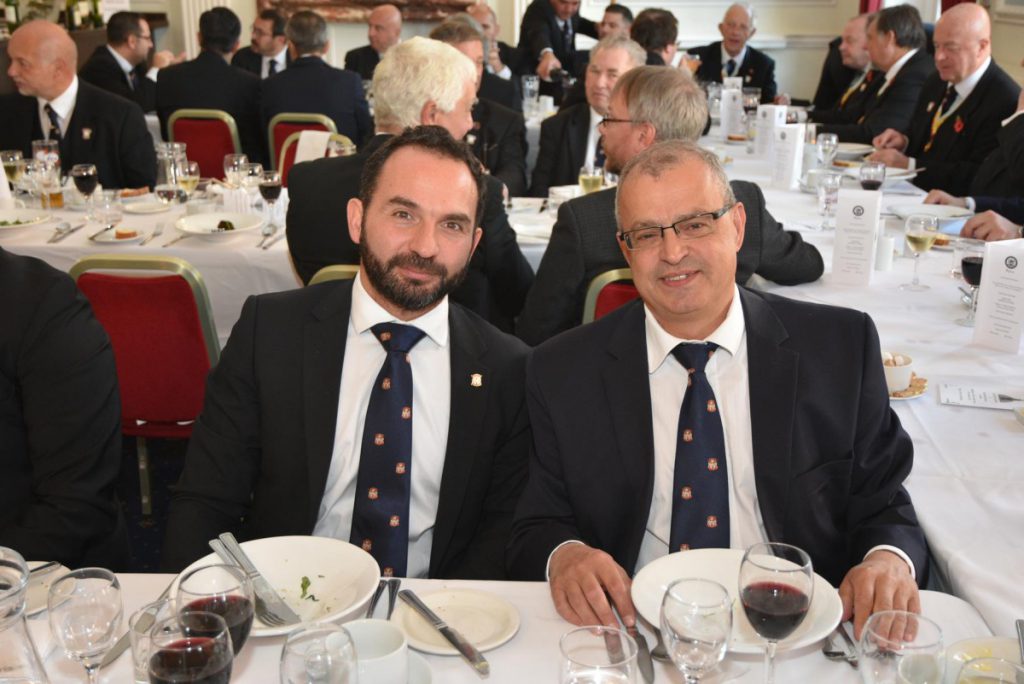 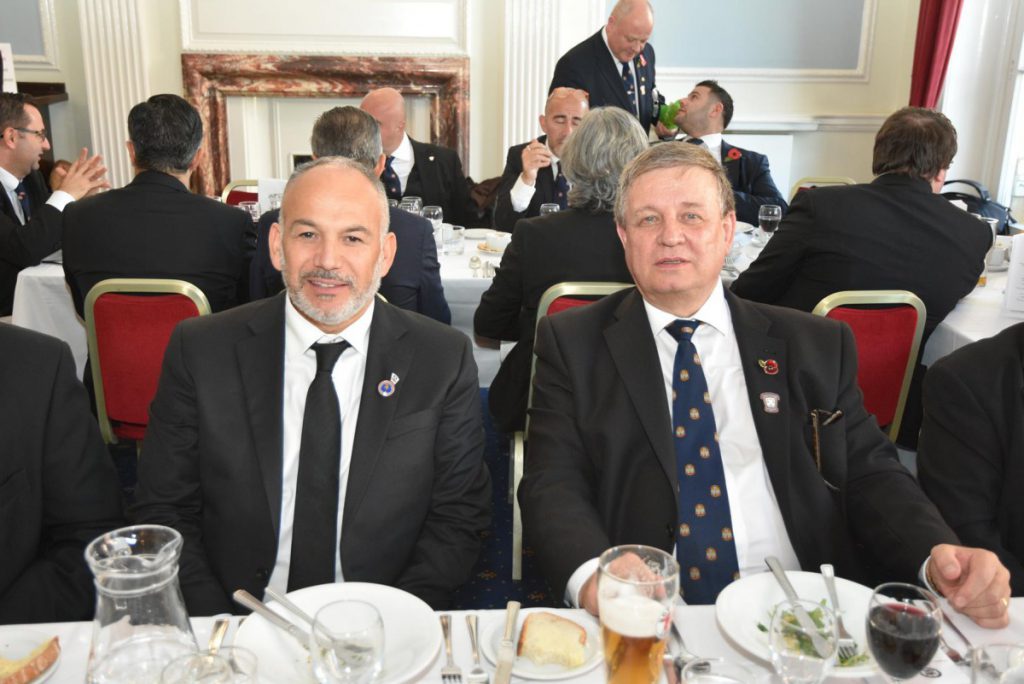 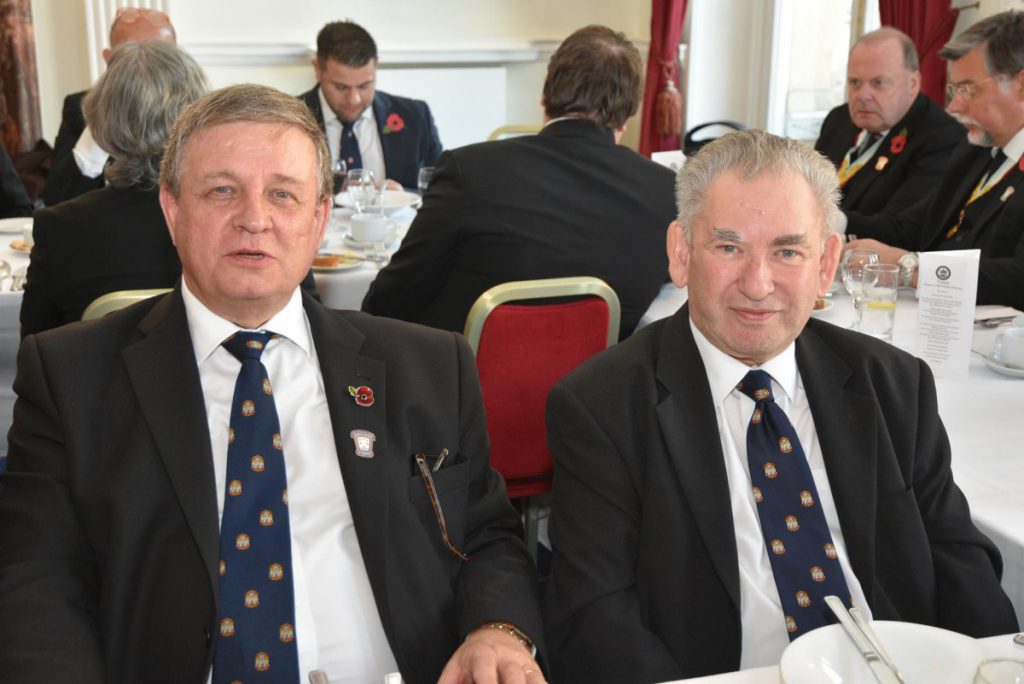 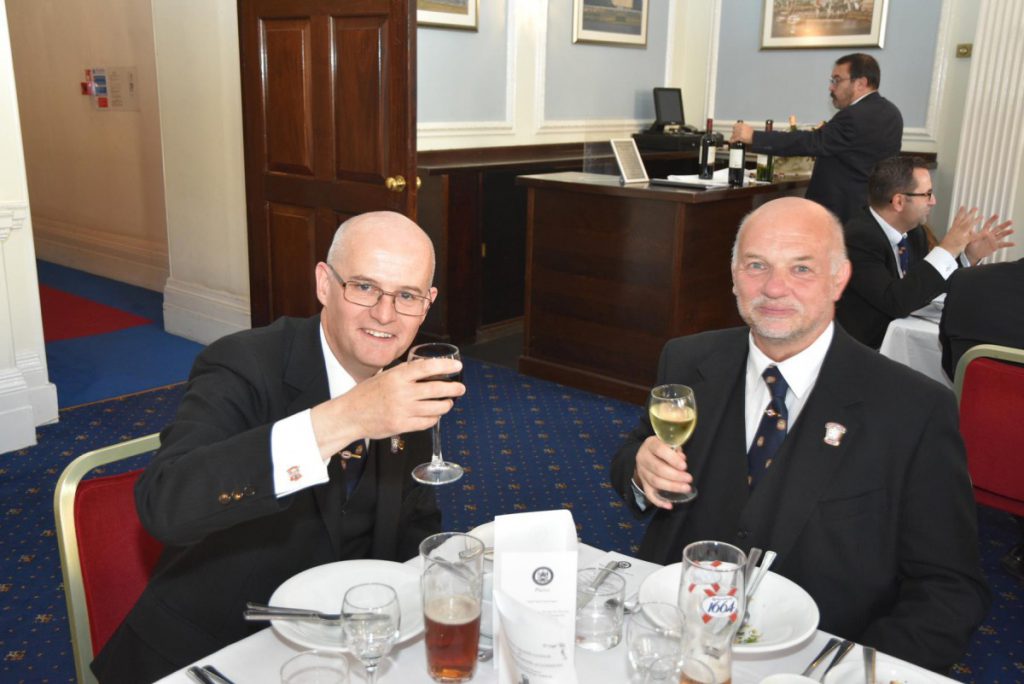 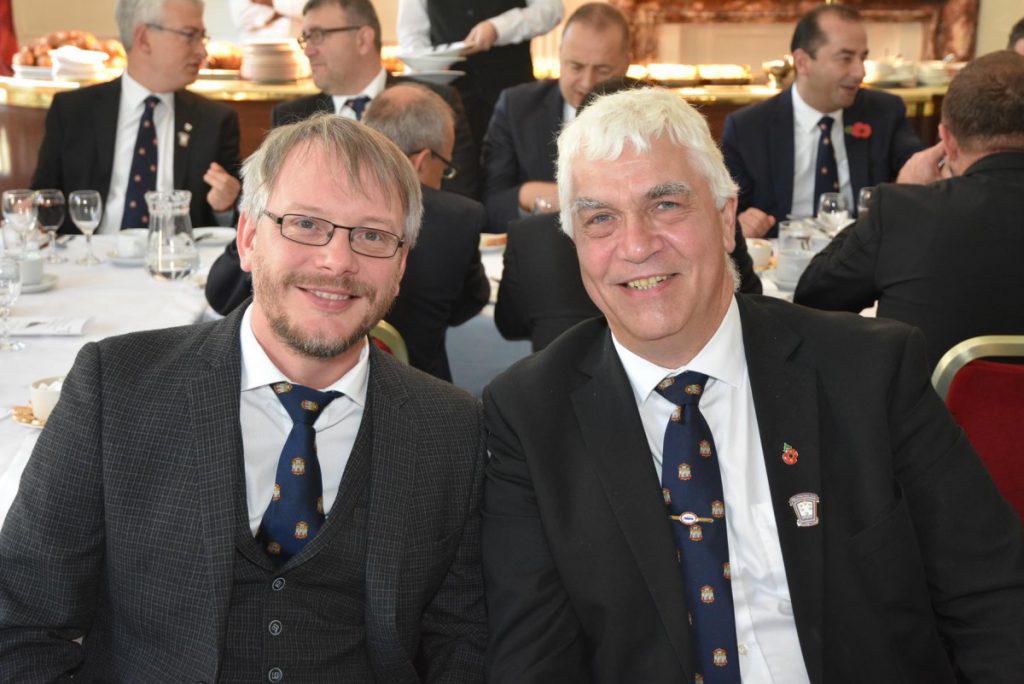 After the lodge was opened the Provincial Grand Master was announced and entered the lodge in procession. The PGM took the chair and introduced the members of his delegation and immediately proceeded to invite some of the member of his delegation to occupy the chairs of Senior and Junior Wardens, Chaplain, D.C., A.D.C. Secretary and Inner Guard.

The Provincial Grand Master then vacated the chair in favour the Worshipful Master and the lodge officers resumed their offices and the lodge continued by proceeding with the Installation of the second Master of the lodge and his new officers.

As a small measure of the success of this particular lodge after the Installation ceremony was over the Lodge Secretary announced that he had 28 Grand Lodge Certificates that needed to be presented, much to the consternation to all the Brethren present. Fortunately for the Provincial Grand Master only (only) six Brethren were present so it was a relatively easy task for the Provincial Grand Master to perform.

After the usual group photos the Brethren retired to enjoy a most convivial Carvery lunch.

This new lodge is obviously thriving and it was an absolute delight to visit them on this momentous occasion and we wish them every success in the future.