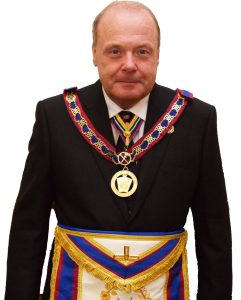 Tim was born in 1956 in West London where he was brought up and educated. In 1979 he qualified as a Chartered Accountant but almost immediately left the profession to set up with his business partner their own company – Snappy Snaps, a photographic retail franchise. The chain grew to over 150 shops and was sold to Timpsons in 2013.

His interests include being an active member of Confrerie du Sabre d’Or, where he is an active sabreur, running a golf society, skiing and travelling in all its many guises. To this end he has owned two Routemaster buses (Daisy and Daphne), acquired a PPL licence (and flown a Cessna to Marrakech), has owned a motor cruiser, driven a F1 car, and travelled extensively on some of the more remote railway systems in the world including the northern countries of South America, the trans-Siberian Express and some years ago, with his then 13 years old son, by train all the way from London to Singapore. He also has two daughters.

He holds the Territorial Decoration and served as a Major in the Royal Engineers commanding his own Squadron. He has been a Magistrate for over 30 years, during which time he served for five years as his Bench Chairman. During his many years in business he has also opened and operated a wine bar in Kensington, a beauty products factory in Scotland, owned a racehorse and a large ostrich breeding farm in Berkshire. He is an active Rotarian and strong supporter of his Livery Company – the Gold and Silver Wyre Drawers.

He joined his first Craft lodge (First Artificer 3774) in 1985, becoming WM ten years later, he was honoured with LGR in 2003. He is also a member of the First Artificer RA Chapter. In 2015/16 he was the MetGSoj. In the Mark, he is a member of four Lodges, of which Onslow (361) is his mother Lodge. He has been through two chairs and has also been the WC of Onslow RAM. His Masonic passion is the Mark degree. He was appointed Provincial Grand Rank ProvGJD in 2003. Thereafter he has joined the Provincial photographic team which gave him the opportunity to take part in many Provincial and Full Team delegations with a brief to take both formal pictures of the Lodge being visited as well as at their Festive Boards. He has been Secretary of the Grand Officers Provincial Mess since 2013, and co-ordinated the Provinces 25th Anniversary Party in 2015. He became an APGM in 2016. He is a member of six Additional or Progressive Orders.